The Regional Assemblies and the Eastern and Midland Region 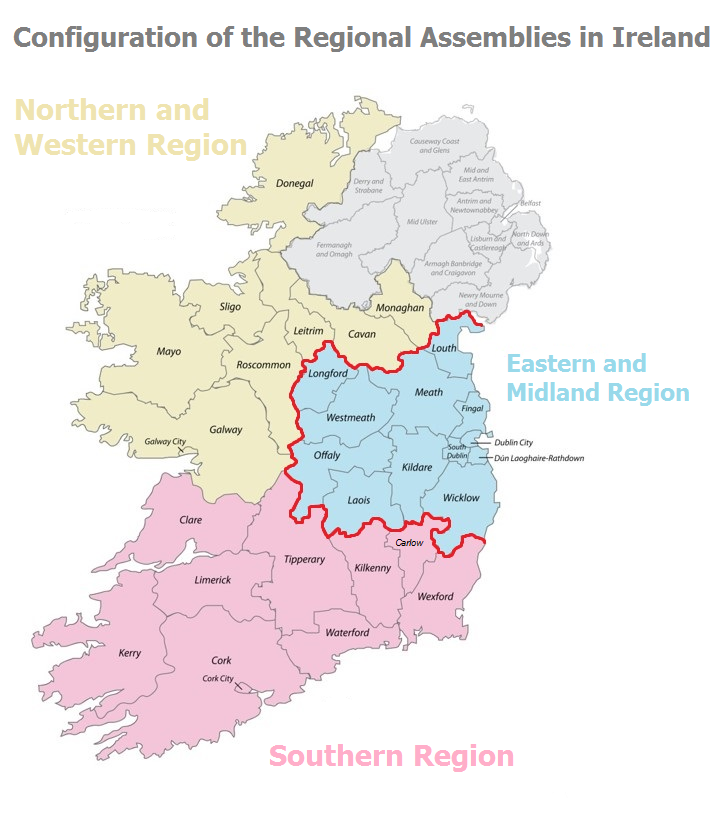 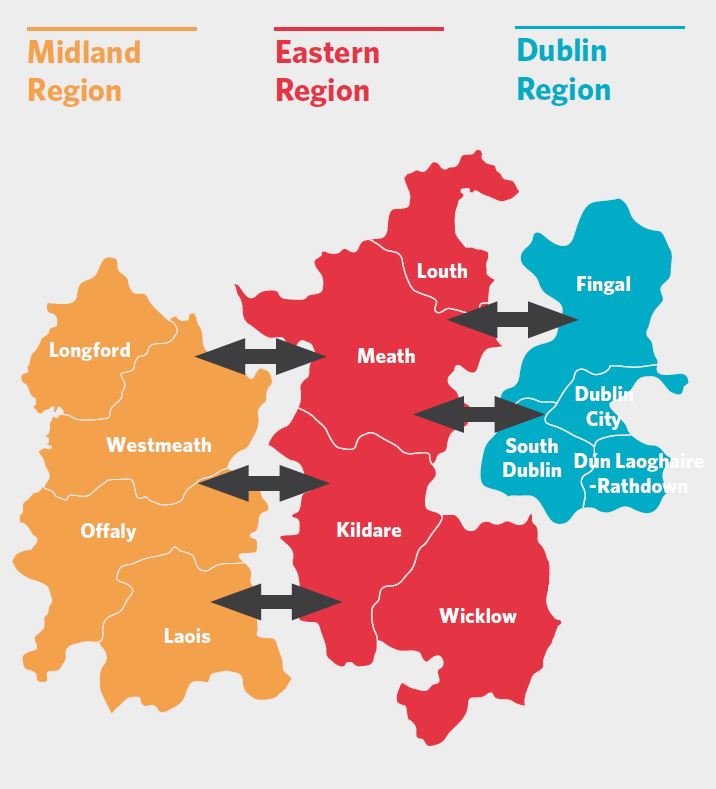 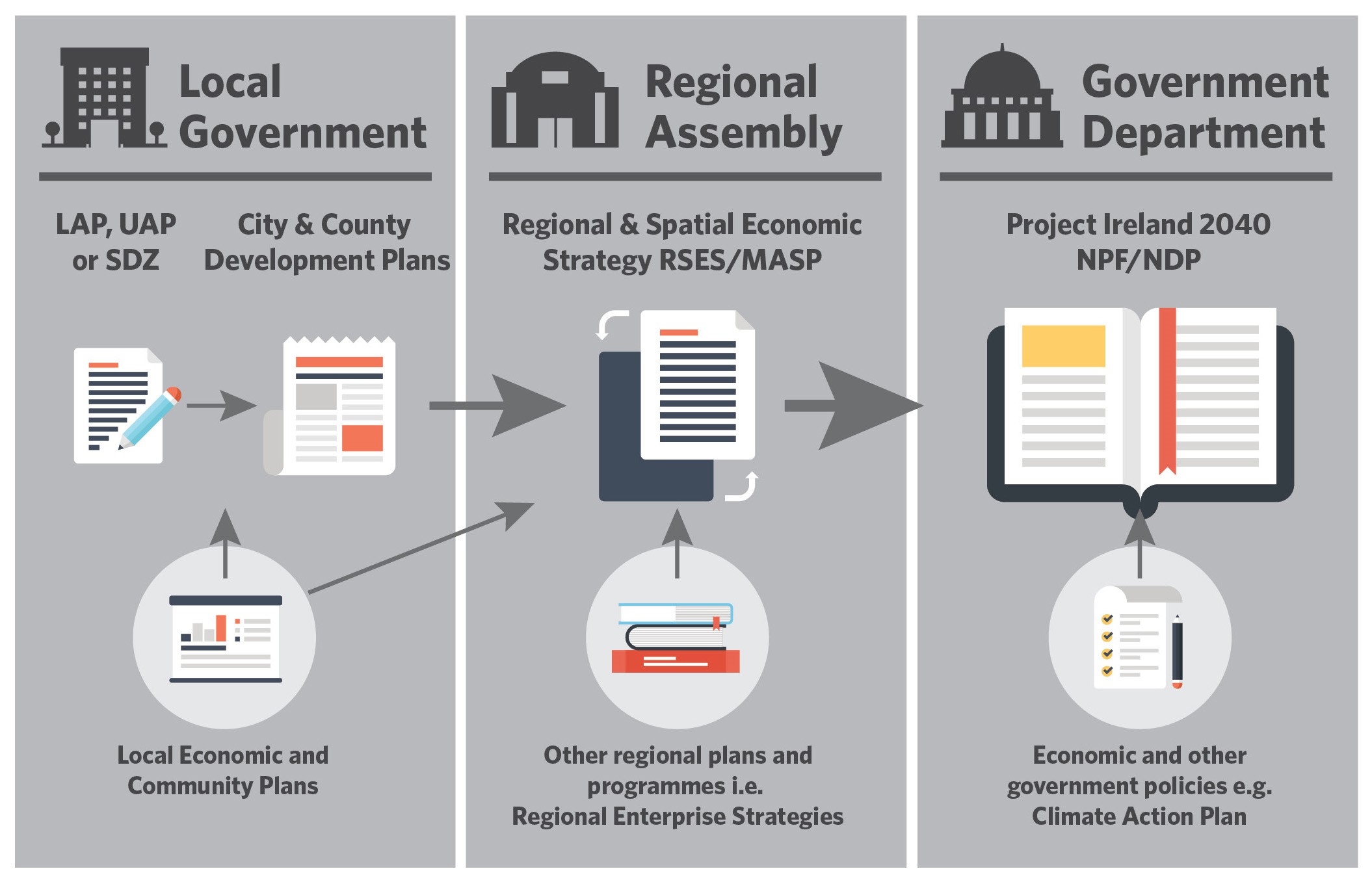 The 35 elected members of the Regional Assembly are predominantly nominated by their local authorities to represent the region.  One of their key tasks is to prepare a new Regional Spatial and Economic Strategy (RSES) to replace the existing Regional Planning Guidelines (RPGs) with additional functions requiring an economic strategy to be combined with the spatial strategy.

The RSES will support the implementation of national government policies such as the emerging National Planning Framework (NPF) and will also set the framework for local economic development and spatial planning in each of the 12 local authorities in the region.

Note: Louth is located in the Border NUTS III area but is now moving to the Eastern and Midland assembly region from the former BMW region.